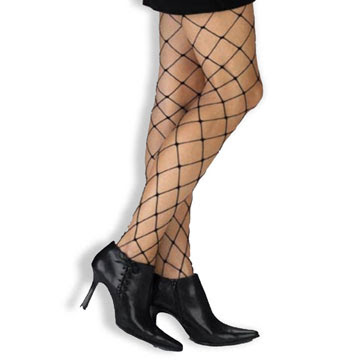 An important feature of the net is that it not restrict through traffic in any way that favors the traffic by type. This is a fundamental of net design and its applications to commercial enterprise. Restrictions on bandwidth are the core problem. Therefore the following has been established:

The issue of Net Neutrality with respect to bandwidth usage can be best resolved through standards for bandwidth. Therefore, the band cannot be so large as to enable dolphins or tuna to pass freely through the net, nor so small as to restrict the passage of minnows, coral reefers or other smoky cod not yet ready for harvesting.

Note: This resolution is not to be confused with broadband, a topic of some concern among 70’s girl bands such as Heart for whom bandwidth is a serious problem. The AROMA Party is insensitive to this issue.


ADDENDUM: The following resolution has been submitted by an AROMA Party member at large. The chair has it on good authority that he will no longer be at large shortly.

a) The term ‘aromatic’ is reserved as the name for AROMA Party memberships and the RC does not consider ambiguity a sensible state of affairs similar to South Carolina.

The AROMA Party: Position Statement - A Transparent Solution for the Near Enough Islamic Cultural Center 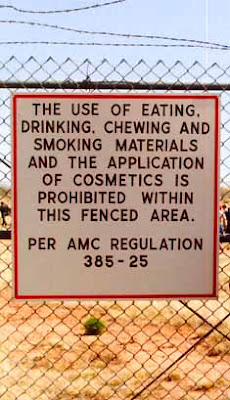 The AROMA Party has carefully studied the positions of other parties deliberating the so-called, Mosque On Ground Zero, aka, the Near Enough To Start the Fight Cultural Scenter. With his usual firm commitment to a course that neither defends nor offends, presumes or resolves, or otherwise provides a sensible solution to a sensitive problem, President Barack Obama said Saturday that Muslims have the right to build a mosque near New York's Ground Zero, but he did not say whether he believes it is a good idea to do so.

The following reflect the mainstreams of sensitive thinking on the topic:

"At its essence, our position is about sensitivity. Everyone -- victims, opponents and proponents alike -- must pay attention to the sensitivities involved without giving in to appeals to, or accusations of, bigotry. Ultimately, this was not a question of rights, but a question of what is right." – Abraham H. Foxman

"The mosque should be built some place else," Speaker of the House Harry Reid.

"President Obama has this all wrong… Freedom of religion might provide the right to build the mosque in the shadow of Ground Zero, but common sense and respect for those who lost their lives and loved ones gives sensible reason to build the mosque someplace else." Democratic U.S. Senate candidate Jeff Greene of Florida

Given these hardwinded positions, the AROMA Party provides a sensible solution with its trademarked and patent pending insensitive approach. Adopting a strategy used by the Russian KGB during the construction of an American Embassy in Moscow, the AROMA Party platform position can be summed up in one trendy and often abused word

Because the positions of other parties are based on the groundless zero sum fears that such a center will enable ‘triumphalism’ for the Islamic hard right wing, and yet must be a center of faith, understanding and global acceptance by the hard left wing, the center fusilage must be constructed to endure the buffeting of the harsh winds of criticism, radicalism, racialism and anilihilism. After long and serious deliberations at the gay bar three doors upstream of the proposed construction site, the AROMA platform committee hammered out, hammered on or was simply hammered while sawing the following plank:

We resolve this issue by committing the resources and funding to the construction of a web-enabled transparency system for the center. Every room, every window, every closet and every bathroom will be equipped with state of the art cameras, microphones, and enhanced-see-through-your-underwear equipment. A web cast of all conversations, assignations and liaisons will be provided 24x7x365 to the globe. No effort in our time will so enable understanding of the inner workings of the Islamic faithful.

As with our Canadian Express solution, this is sensible, insensitive and a jobs program for our recovering economy. As such, funds from the Department of Homeland Security will be targeted, umm… reassigned to support this project. We expect the full and complete cooperation of the Federal agencies assigned to ensure full transparency of actions taken in the Cordoba Center.
Posted by Len Bullard at Tuesday, August 17, 2010 4 comments: 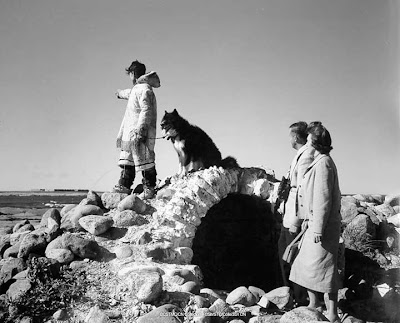 The topic of immigration along the southern borders of the United States has for too long bedeviled the Congress and the Governors of the States affected by undocumented immigrants pouring across these borders in ever greater numbers. The Aroma Party takes the position that the current situation exemplifies intolerance while overwhelming the resources of the affected States. However, there is a solution which is both fair and eminently sensible:

According to WikiPedia, Canada is a

country occupying most of northern North America, extending from the Atlantic Ocean in the east to the Pacific Ocean in the west and northward into the Arctic Ocean. It is the world's second largest country by total area. Canada's common border with the United States to the south and northwest is the longest in the world.

Archaeological and Indigenous genetic studies support a human presence in the northern Yukon from 26,500 years ago, and in southern Ontario from 9,500 years ago

Canada’s indigenous population was decimated by diseases brought by the white European settlers who now dominate this ancestral home of the Meso-American culture.

With a population barely the size of California, vast open unsettled territories rich in mineral resources and the primary exporter of oil to their southern neighbor, with the major metropolitan area steeped in multi-cultural nightclubs and languages, with lax drug laws and a porous border, undocumented immigrants will be able to take immediate advantage of the free health care systems, share in the enormous wealth and continue with their current business models with less interference from the government. Long a home of free thinking liberals who have enthusiastically supported human rights, offered sanctuary to those fleeing the oppressive society of their southern neighbor, Canada is the ideal immigration destination.

The AROMA Party supports the establishment of the Canadian Express. Illegal and undocumented immigrants fleeing the violence of the drug cartels, and simply families who wish to establish a better richer more powerful presence will be offered free comfortable transportation and per diem to travel to and settle in the marvelous and tolerant land, the land of their ancestors, Canada.