When In Doubt, Lay Out 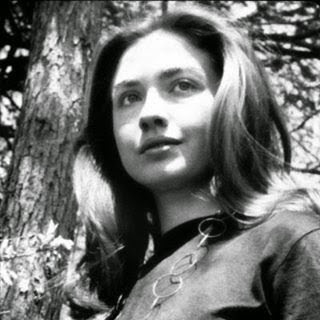 The morning news is awash in the teasing that today Secretary Clinton will announce her candidacy for "the nation's highest office" along with the expected scree on a "historic candidate" because she is a woman. That is right. It will be historic. Many events are historic, in fact every event is. But the future is not made of anticipating how it will look in the future. The future is made of picking goals and achieving them as well as one can achieve them. There is nothing about being a woman that better suits her to being President. That is all cotton candy politics, the color and swirl of a taste of sugar that has no substance. One doesn't have to look further than next month's bills to know what the issues are, or to look at the massive trash piles in our oceans filled with cotton candy containers to understand what is in our future.

I've been a fan of Hillary Clinton since the Tammy Wynette answer. I have no doubt that she is qualified, capable and can make an excellent President. On the other hand, I am a white southern male and gasp, I live in Alabama. So in today's narrative, I am in the villain class, the hand picked, consensus driven makers of all that is evil and wrong in the world. It isn't so but what is perceived is believed and that is politics as practiced in the age of insubstantial consumption. I am also a musician and in music we have a guideline for communicating musically: when in doubt, lay out. And that is possibly what I should do, in fact, what men should do in this election. It isn't about us and we have no candidates who represent us because they need us to be their zanies, puppet fools for the bigger fool to converse with, to mirror and then make the punch line possible to the delight of the kings and their courts.

Let the women have this one, gentlemen. As long as they are serving cotton candy we can be sure this is a circus and after the elephants have been marched around the ring, pooped on the grass and trumpeted from the whip, after the clown cars depart their tents will be folded and the farmland where they played out their tired acts will be spoiled for the planting, ruined and in need of fresh sod. Unless something changes this piece has a furious beginning, a loud middle and is all rhythm on two chords, a Bo Diddley, a single riff and while you can dance to it the musicians only know when it stops because it stops.

Lay out and tend your own garden. That way when the circus leaves town you'll still have a basement stocked and something to trade for coffee.