What The Pundits Are Saying About Aromatism

"At last...a political party that makes scents!” – The Tango Times

“Can’t have this. Colbert and I will be out of business!” – The Jon Stewart Show

“A conspiracy of Moe, Larry and Curly nyuks” – The Washaton Yost

“If this catches on we may have to relight Hell!” – Demon Gazette

“There’s no loon like a left loon.” – Press Secretary Gibbs

"It could be a movement... or just gas." - Harvard Medical Review

Q: Is the AROMA Party a Big Tent Party?

A: No. We are insensitive to the weather, natural or political.

Q: Does the AROMA Party endorse special interest concerns, and if so, which ones?

A: No. We don’t find them interesting.

A: Any of them. Why discriminate?

A: Of course you don't. That's why they're special.

Q: But surely there are issues which concern you or why would the AROMA Party exist or be worth joining.

A: Because Aromacrat or Aromacan aren’t real words. That’s insensible.

Q: So you believe that American politics today stink?

A: Don’t you? But not just American politics; politics and politicians should be subjected to the smell test. Have you ever been in a room full of them when they are debating issues like health care? Whew!

Q: I see your point. But doesn’t that mean you are sensitive to smell?

A: Not at all. Just offended. Buy Mennen.

A: Turn away. There is no field on our membership form that asks about religion.

Q: So you are atheists.

A: Not at all. I’m a Devout Backslider personally. Our treasurer is a Hindu. Our campaign chairwoman is Baptist. We have Catholics, Sufis, Muslims, Buddhists, you name it. The difference is we don’t allow any of our members to be sensitive about that.

A: Sure. Pick the course, but I’m not a good runner.

Q: No, I mean any policies about race politics?

A: None. There is no field on our membership that asks about racing. You can be for NASCAR as long as you aren’t sensitive about who wins the Daytona 500.

Q: No, I mean, race discrimination.

A: I think one of our local captains is a Rusty Wallace fan. We just ask him to be quiet about it.

Q: NO! DAMMIT! DO YOU DISCRIMINATE ACCORDING TO COLOR??

A: Not at all. But a green shirt on a green screen does make you look like a floating talking head. I guess that’s ok if that’s ok with you. It’s a bit creepy. Might scare the kids.

Q: What about gay marriage?

A: Everyone should be happy.

Q: So you are for same-sex marriage?

Q: (frown) No. What is you position on homosexuals being married?

A: In the center and slightly upwind.

Q: HA! So you are uncomfortable with gay marriage?

Q: (sigh) Do you have opinions about undocumented migration?

Q: Would you care to elaborate?

Q: Aaggh!! What about anchor babies?

A: Be sure you have a smaller boat. I can get you some Sugar Babies.

Q: You are the founder of the party, yes?

A: That is correct.

Q: What led you to found the AROMA Party?

A: Yes. You see I have friends who like Brewer and Palin but also friends who like Brewer and Shipley. I couldn’t have them at the same party without a fight breaking out unless of course, Shipley got there first and then everyone sort of nodded off. Quite boring really. Then I remembered something my first boss at CSC said about being tired of managing everyone’s ‘delicate sensitivities’. It hit me: that’s why nothing gets done in government. It isn’t corruption; they’re really practiced at that. It isn’t the different parties; they go to those all the time. It’s that everyone is so damm sensitive, they were always calling each other names like racist, fascist, or bigot, or ho’, or Pennsylvanian.

Q: So you decided to start a party without labels?

A: We have labels at our parties. We peel them off Bud bottles for fun and stick them on the bottom of bar tables. What we don’t have are people who are sensitive about being called names. We don’t get upset if someone snubs us because we don’t look like them or go to their church, temple, synagogue or mosque.

A: It really is and sociable too.

Q: So how can you be insensitive and sensible?

A: That should be obvious, but let me give you an example of insensitive and not sensible. Say you bring dirty dishes from the dining room in to where your wife is washing dishes. She says, "Dishwasher" and you hand the dirty dishes to her.

A: And not sensible.

Q: So what would be the sensible move?

A: Leave them in the dining room.

Q: (groan) Will you be putting up candidates for election?

A: We certainly won’t be putting them down.

Q: Aren't you concerned about the pot in the hands of kids?

A: No, that's insensitive.

Q: But is it sensible?

A: We don't want to steal it from them. That would be rude.

Q: (deep sigh). Well then, thank you. It was very stimulating.

A: If you insist.

Q: Can you validate my parking?

A: No. But there is a nice motel down the road.
Posted by Len Bullard at Thursday, August 12, 2010 No comments:

The AROMA Party: Proud to be Insensitive 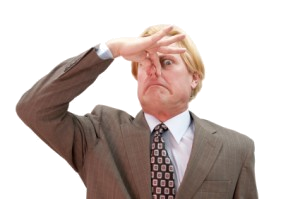 After 46 years of sensitivity to one special interest after another, I'm as sensitive as a sun burn and peeling fast. I will now be insensitive, brutish, chauvinistic, piggy, outright ignorant and obtuse.

Today I am announcing the founding of a new political party: A Rash On My Ash, also known as the AROMA Party. Our motto is: The Nose Knows!.

My campaign headquarters will open this week so send all of your surplus money to me. I promise to represent everyone:

I shall, cross my smart ass and hope to fly, spend you money wisely … in Sweden. And remember, if you think this smells, it probably does.

I thank you and God Bless the local auto parts store and Burger King who let us have it our way.
Posted by Len Bullard at Wednesday, August 11, 2010 7 comments:

Confessions of a Fence Sitter

Every day I watch the mounting number of cause solicitations and think they are getting even more annoying than the Farmville Send Me A Donkey's Kong messages.

Here's Common Cause, voice of the Coffee Party:

"But he gave out classified information that's getting our friend's killed? Isn't that de jure treason? Assange called our soliders 'bastards' and said he wanted to 'crush them'."

So much for inciting civility.

The Stop The Nonsense! Save the Mosque on Ground Zero crew:


"You have to show tolerance."

"But isn't building a mosque on ground zero like building a Confederate War Memorial inside Ford's Theatre?"

So much for inciting compassion and understanding.

We'd all like to get along and have a good time, but as any nightclub owner can tell you and social media theorists claim to have discovered, some cliques should never be mixed. It isn't that they can't tolerate each other; they don't want to. Their opposition to each other is what defines them, makes them feel a part of something greater than themselves even if that something is less than fully human.

Meanwhile the White House is facing the very real possibility that after bailing out Wall Street while Americans lose jobs and sueing the State of Arizona while undocumented immigrants come to the US for free health care in the emergency wards, they may indeed be a historical but one term presidency.

As a Southerner growing up in Alabama, I thought the words to Kumbayah were "Come by, y'all!" Imagine my surprise when as an adult I read the Gullah translation to discover they actually do mean "Come by here".

That at least is ... comforting. If we all sing it, Arizonans have to tolerate illegal immigrants and New Yorkers have to tolerate that mosque near the spot where three thousand people were murdered. We are a great nation. We tolerate everything.

There is a wonderful movie making the rounds: Agora. It stars Rachel Weisz and tells the story of Hypatia of Alexandria. The story is about the burning of the libraries and the murder of Hypatia, the librarian as the Christians, Jews and pagans vowed for power and dominance while the Roman Empire fell around them. It seems I have to wait until it comes out on DVD in October because the movie is unwelcome by the American movie distributors who fear it will offend Christians and Jews. Pagans don't count. Meanwhile, years after the Pope asked the Saudi royals and the Yemenis to allow Christian churches in their countries for the over million Christians there, they are rebuked.

So much for open mindedness and freedom of expression. But we are The Good Guys.

In the 70s we were up to our hips in Iranian and Saudi students who told us as soon as they got home they would overthrow the Shah and kick us off the peninsula. We smiled thinking of course they wouldn't do that. Imagine our surprise when announcing intent indeed proved to be the best predictor of future behavior. So while the Germans are closing the mosque in Germany where the 911 attacks were planned because the members are collecting funds and planning for future attacks while the Taliban kills ten medical team members for "spying for the Americans and preaching Christianity", the Mayor of New York is telling the New Yorkers to be 'tolerant'.

We want to be. We do. It's just that past announcements of intentions to destroy the West once and for all keep being released from alQaeda known to raise funds in American mosques. This may not be one of those but who do we believe? Should we bend over backwards to understand or submit to the feeling that some people will screw us in any position we take? Sophisticates tell us that is paranoia but they also told us the Ayatollah could be trusted, the Saudis and Pakistanis are our allies, and tobacco didn't cause cancer.

They also claim Dylan is a good singer. Ok, that one was hokey on the face of it but it's right up there with Apple Supports Open Source. Ya gotta wonder.

One can't stay on the fence or pick a side to climb down. It seems one has to walk to the end of it and jump to the next back yard. But truth is often stranger than fiction and just when you think you know which side someone is on, well, you see this. Roll another one, Lawrence.