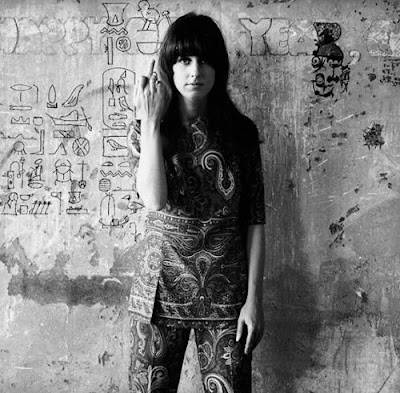 Political correctness has become a burden to candidates and campaigns. As soon as a label is created, it is immediately, itself, labeled. The N-Word, the R-Word and of course, the Q-Word have been eliminated from all polite conversation.

As a result, it has become impossible to correctly and effectively assign values of combative opposition and this interferes with the nature of the contest and the context as realized in modern American politics.

The power of a political party is reckoned by the effectiveness of its message. Therefore, the AROMA Party chooses the Flying Fickle Finger gesture as the way to inform any candidate of which we disapprove the measure of our disapproval of their policy, dress, manner of speech or personality, or choice of locations for conveying any or all of the above.

In times past this gesture, also known as the Hawaiian Good Luck sign in smaller circles of political prisoners, has served as a way to let the other party know that they may sit on it and rotate. It being impossible this side of an elementary school playground to forbid or prevent its usage in impolite conversation, we believe this to be a sensible solution for insensitive party members there being no other type of conversation in American politics.

UPDATE: This decision can be summarized as "Two hands in the bush ARE worth one bird."
Posted by Len Bullard at Friday, August 27, 2010 4 comments:

With the ever rising costs of running for political office including the need to scuttle the campaigns of the strongest opponents, spying on the weakest ones to ensure a reliable scandal in the last week before the election, paying off former lovers, paying the staff salaries of current lovers, and ensuring the jogging clothes of the candidate are the best the Chinese designers can offer, it is important to reform the election laws to reduce costs wherever possible. Only this will ensure that the winner represents the American people fairly and honestly.

After conducting surveys of insightful citizens of the Gaslight district in Vancouver, British Columbia, the AROMA Media Committee reports that the one source of expense that can be eliminated from American election is advertising on cable TV News networks. The committee summary is as follows:

There has been much criticism of FOX News and its English and Saudi Arabian investors. While it is true that Fox is a fascist right wing tool, CNN has become the old friend who's constant sleights and critiques make one realize they harbor bitter jealous resentments and are best avoided. MSNBC is a neurotic spouse who is a closet alcoholic in need of therapy. ABC News would be best viewed through a burka, and no one is watching Katie Couric anyway. By contrast, PBS is a good and patient friend who delights one with surprise and comfort.

When compared with PBS which broadcasts one hour of focused news coverage a day and the rare but informative Frontline special it is easily discerned that the cable TV networks are fast becoming the most expensive source of information in the modern election cycle. Not being a profit center, PBS does not have to recruit young deeply cleavaged leggy reporters with short skirts over crossed legs and pouty expressions to add faux credibility, pay outrageous wardrobe costs for fat aging loud political pundits with thousand dollar coiffures to hide their bald spots, nor fill up a 24x7x365.221 air time budget with barely disguised social engineering for issues which only matter in districts of candidates whom the investors in the network favor.

One hour in 24 dedicated to a focused effort to present the day’s events with ten minutes allowed for all sides to present their viewpoints should be enough to stomach before moving on to a repeat of ANY Burns special or investigation into ancient technologies found among the ruins in the Bolivian highlands. The main supporting argument is that PBS is already a voluntary public sponsored news source with some government funding and therefore meets most of the requirements proposed for public funding of campaign advertising.

The AROMA Party will work vigorously to eliminate cable TV news in favor of PBS as the sole beneficiary of campaign advertising budgets. This will ensure that Bill Moyers has the necessary revenues to fund true investigative reporting and that we may finally discover the truth about the alien vampire civilization that predates all Mezo-American civilizations at the time of the Pleistocene extinctions.
Posted by Len Bullard at Wednesday, August 25, 2010 1 comment: 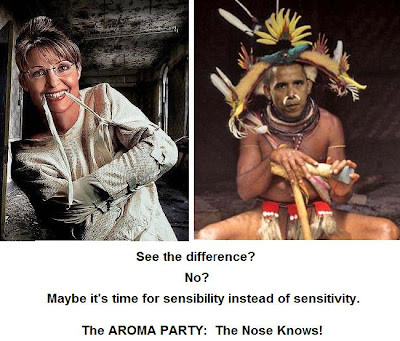