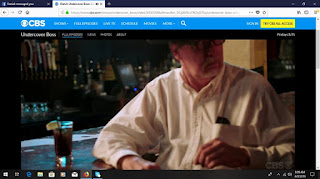 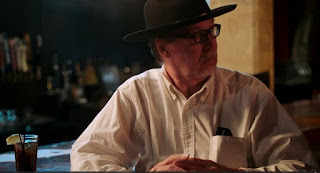 On reality TV, the drinks are fake too. The photo is not. The lesson: sometimes when the call comes, raise your hand and take a risk. It was a long day of shooting but it was fun and I learned a lot. No, I didn't recognize Jewel. No, I didn't know this was Undercover Boss: Celebrity Edition. I responded to a call for extras posted on the Nashville Street Performers Facebook page thinking I would not get called. I was wrong. I thought this was a spec-production and nothing would come of it; or I'd find it someday on a D-list cable channel. I was wrong.
CBS. 7PM. Prime time. wow...
I had a great time. It was long and not being able to move around or get a drink of water was grueling. I know the rules: sign up, show up, dress as told, sit where told, shut up and don't bother the elves. It is a bit like being abducted by aliens: entities moving around you and not speaking but examining you with probes. I do have a theatre background and I recognize some bits. Get in character and stay there. If you are the old guy in the hat at the bar, be that. And sign all the papers that if you read you might not sign but sign anyway. Since I am an old guy in a hat and spent time as a musician sitting in the bar, type casting to the rescue. My hat.
What do I get: $100. Standard rate. I am still waiting for my check. ;)
Full Disclosure: I knew the girl was a fake (the makeup and accent don't work on someone who did a lot of theatre at one time, and few singers are actually that bad in Nashville), but not being a Jewel fan (a generation thing, Her music is great), you could have put her in my car without her prosthetic makeup and I wouldn't have known which is why they probably sat me up front: the old guy won't catch on.
And I didn't until last night when my wife, Dana, came upstairs to the studio where I was working and said, "Baby, you know that Nashville TV shot you were at....". She channel surfed into it. I would have been watching Ancient Aliens if I had been downstairs. So.... me on primetime. My 15 seconds of flame fame. Now in the past. sigh...
When I think back over some of the unbelievable moments I've had, and there have been a few, I realize it really is true: if you want the gig, raise your hand. Sometimes....

Here is the show. Enjoy!

Update a friend asked if this was staged:

Yes. Cleverly. It is impolite to say too much about alferic magic. The elves are not pleased. Elf displeasure can be felt when out in the world and tiny arrows destroy your left calf.
Standard extras call. Go on time, go where told to. Do as told. The premise is this is a show or pilot about street singers in Nashville. So the premise is fine. I know how to be in a bar. The premise is believable because The Boss can be hidden in sight of the extras. At no time did I know this was Undercover Boss. I knew it was TV. The conversation around me was plastic enough that my first impression was the House that Amy Built at the Bluebird was in need of new shutters. IOW, yeah, elven.
How well does that work? I can only say I've seen enough elven craft to know when the trees are speaking. I knew Amanda was a maguffin and Andrea (jewel) was a fake. Yes this is staged, do what you do in the situation as given and as best as you can, ignore the elves.

And now at home cable surfing, I count two, no three, channels running Undercover Boss and it hits me: this show is heavily syndicated. 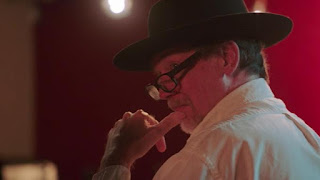 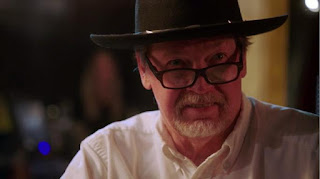 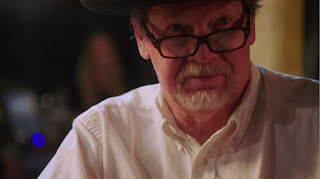 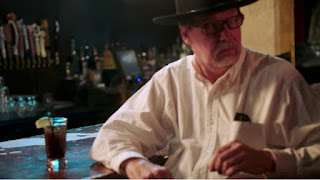