As I read blogs from those who like to put "Hussein" as their middle name (upper middle class white kids who grew up on the right side of the tracks) criticizing the American response to 9/11, I find I am torn between my own criticism of the Bush Administration and the horror of that day.

So now I keep this photo taken by my son on his trip to New York to remind why devastating events shared all over the world tend toward over reactions. 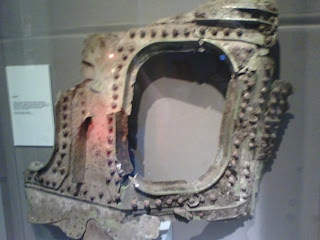 Now let's look at the other side because from that event we went to this event and the clustering to both ends of the whipping stick is going fractal fast. 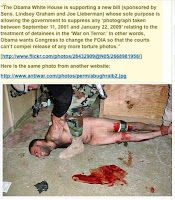 If the left keeps trying to replenish their endorphin high from the election just as the right is going calculating cold, polished chisels in Karnak are going to be scraping Obama's legacies off the temple walls faster than you can say Akhenaten.

I am not a Democrat or Republican, left or right in this analysis. I am a behaviorist and any behavioral strategist be they Axelrod or Rove can tell you this is a game of percentages of stimuli fed into the press amplifier. All those "Husseins" are playing the game plan of the very forces they wish to defeat. The defeat of Laura Hall should be a bell ringing. You are the other end of the same stick that walked into the Holocaust Museum and shot a man dead. It's a waste.
Posted by Len Bullard at Wednesday, June 10, 2009 No comments: