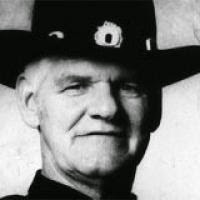 I find myself thinking about the realities and unrealities of songwriting as a business. As a creative process, it isn't difficult but as a business it seems to be more warped these days by the industry that while saying "it's all about the song" hides the reality that it is all about the deal, the image and the trite repetition of cliches about country life or rock life or folk life or blues life that bear little resemblance to how people actually live while dumbing music itself down. Harlan Howard was the songwriter who made the famous statement that country music is "three chords and the truth".

The music mills have the three chords part down but the truth slipped away. The brilliance of the American songbook has been steadily going down the drain of spreadsheet analyses of what will sell and how to sell it. As the desperation to be part of the market machine in hopes of wealth or fame or a good time reaches out into the C-lists of wannabe songwriters who are told how to "cooperate and network" but little about how to recognize a good song I am struck by a remark by Joni Mitchell passed on by an interviewer:

“Somewhere after 2007, around that time, I think,” she says she heard, on the radio, a record executive “saying quite confidently, ‘We’re no longer looking for talent. We’re looking for a look and a willingness to cooperate.’ ”

To those who claim it was ever thus, I say bullshit. There was a time when creativity combined with a deep knowledge of music counted for more and if one believes what Howard said, we have to admit that a list of Grammy wins and co-writer credits may only testify to one's willingness to accept that reality, put it over and go along for the ride. One reads blog after blog about what it takes to be "commercial" and nothing about what it means to honestly observe the world as it is and write songs one will be satisfied to sing.

The epitaph of this generation of songwriters and songs may be a single word: "Forgettable."