The First Gig: Being There 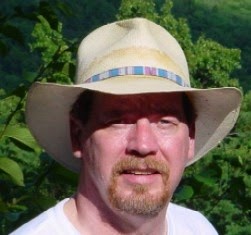 The strategy of taking this season on in little bites seems to be working.  My sense of where I am in terms of being ready to play has been one of weakness of performance.  I certainly know how and why but getting where, what and when has been challenging.   At core, I am a balladeer, a pretty voice, competent player and poetic writer.  I am not the act you hire for a sports bar or a room that caters to the very young.   Whatever work I've done with rock bands simply doesn't apply when I play solo.   It isn't that I can't play rock; it's that I won't.

Some aspects of what we do are instinctive and emotional.  I am not a brand.   I am not a product.   If I can't emotionally feel satisfied by the music I play and particularly the songs I sing, I may as well be dry humping a banana tree.   Nothing happens.  It's a gluten free cookie; all matter and no taste.  So why bother?

I've been averaging one solo gig a year for the last few years.   Between day gig and church, there hasn't been time or incentive to do the work.   What people who don't do it don't know is a solo gig is a lot of work to prepare.  Yes, there are strummers who think they can learn the chords of a half dozen songs, sing ok and be worth an evening.   And in too many places I've been lately, that is common.  That is the trouble:  they are common.  They think the only music is blues and once they have those basic chords and rhythms down, they are ready.    An economy pack of Oreos; black outside, creamy white inside and every cookie is exactly the same as the last one.

When I was doing this for a living in the seventies, it was very competitive.   Only the best players and singers could hold on to a gig and they had to compete with duos and trios as well as everyone who picked up a guitar.   BMI and ASCAP weren't enemies closing small rooms for small mechanicals.   The profession and the scene made sense:  present with quality or disappear.   The money was decent and every where there could be music, there was.

We've come to a time again where the big rooms with the big bands have all but vanished and been replaced by DJs with laptops.   This is the cycle we saw when disco killed the rock and dance bands.   It will pass but for now, it's about small rooms and small acts, mostly acoustic, mostly guitar players.  And mostly, not that good.   That also will change as competition takes over.   With the push from BMI/ASCAP to recover mechanicals from the rooms lost to the web otherwise, there is more songwriting.   Also mostly bad but they'll get better.  I've heard some tres strange songs lately and we'll see how that works out.   Computer programmers in general aren't good lyricists.  They are a little self-happy and not nearly as well read as they need to write well.   But they may improve.

All of these things I observe, but I am past most of this.  I am OLD.  I've done this for a long time and the only habits that will change are the ones I am trying to change.   For one, I take a piano with me now.   Doing the entire night on the guitar is doable but I want to explore.   Last night I took Peter Gabriel's fantastic Don't Give Up, a duet with Kate Bush, and married it to Neil Young's Birds.   I am exploring more ambient playing, chordally sparse, rhythmically non 4/4 strict, pauses, hesitations, more focus on the voice and acting out the song as I sing, trying to feel each note, each pause, and let it sink in to me as much as the audience.   This is quite different from the rigors I used to attempt when playing solo.  I can take adavantage of  being the only person performing and let my inner eye wander around.

The down side of that is of course one needs a listening audience and that writes off the bars.   Drinkers are not listeners.  They need the thump thump of a  bass drum and snapping snare.   I had been filling this in with tracks and for a few songs that I've arranged such as Softly As I Leave You or Brel's Ne Me Quitte Pas, I use the tracks.   I worked very hard on those arrangements and like to show them off.  I also like singing with those arrangements,   Otherwise, I am ditching the tracks and challenging myself to stay acoustic.   But it means finding rooms where a softer, gentler sound is accepted.  And that is the big challenge:  there aren't many rooms like that.

So having paid for my business cards with last night's tips, I'll be looking for the niches where what I want to do works.  That is the essential lesson for me:  better to find fit than to make fit.   If there really is such a quality as authenticity, it isn't the same as traditionalism.  A traditionalist works to imitate the original form.   Being authentic, in my opinion, is forming the original.  At this end of life, I find that an interesting challenge.  Art for the artist.  Enjoying it.  Happy to make happy but in no way interested in imitation.  Interested only in growth.  In being there.
Posted by Len Bullard at Saturday, August 30, 2014 2 comments: