Is Diversity In Music An Insult to the Audience? 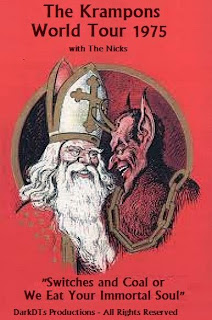 It was an intriguing question after our gig last night: can this town or any other audience these days embrace groups that choose to play diverse styles and sounds or are we forced by the narrowing tastes of the loudest in the audience and the curators of local culture to play only one, to take on that image and to rise and fall with the popularity of one style? Labeling for the sake of marketing and clique formation plays a role in selling but when the market controls dominate the creative processes the results are predictable both on the product and the producers.

The explosion of the Sixties was not fueled by one style or lit by the domination of blues, folk, so called roots music, jazz or any other single form but the fusion of them by eclectic songwriters and arrangers who understood their connections and how to create background/foreground compositions both original and enticing. Ever since that time as musicians and writers have been forced into the labeled molds, music has declined in brilliance, intensity and originality.

The Beatles never stopped learning new things. The Beach Boys were the product of a group of jazz players who understood technique and how to fuse different styles. The hits of Glen Campbell were the outcome of the eclectic chordal and melodic reach of Jimmy Webb in defiance of the so-called Nashville Sound whose Chord Police would have strangled them had Campbell not been a member of the legendary Wrecking Crew with access to the best players in the world at that time. Yet just as post after post in social media yearns for those times and celebrates that music, the audience driven by social agendas and self-serving curators keep wrapping steel ribbons of This But Not That around the creative classes as if to say they cannot fly because to allow that is to admit wings are not common among ground walkers.

"Where shall we go now, where shall we go
To hear the sweet voices of liberty?
How shall we come again come to the flaming torch
The light that shines in our memory?
The shattered hopes of happiness
Are lost in foam and splinters
Of men like wooden ships
Broken on the reefs of contentment.
" The Reefs of Contentment - Ground Level Sound (1991) "