Percy Sledge and The Jackson County All Honky Band 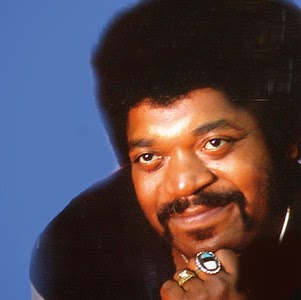 Even on the D-list as a player your path will occasionally cross with the B-list and A-list famous.  Over the years I've met and worked with some rather famous people not because I am or should be but because it is a business where sometimes one is hired to fill a space and if one can reasonably do that, one does,

That is how I played a gig in a pick-up band for Percy Sledge.   I am reminded of this because today in Sheffield, a historic plaque was erected on the spot where Percy recorded his hit, When A Man Loves A Woman.   Percy attended, members of the Muscle Shoals elite were there and a concert to help him pay his bills is being held.   The Tribe looks after its own when they can't help themselves and A-list or D-list, they do what they do best:  put on a show.  And that's a grace of being a musician.

But that's not the story of the Jackson County All Honky Band.   This is.

Without naming names, the club owner, a courtly Italian fellow, hired a local lady who played minimal keyboard and sang to hire other musicians to be his backup band at a one night stand. Some of the people hired are names locally so I won't name names.    Most are dead and one is dangerous.

Most had never played together before and had been given lyrics with single letter chord changes, and few had ever heard any Percy excepf for WAMLAW. The songs as a lot of soul is seemed simple but it's all in the rhythm and if you don't know it, you can't fake it.    Me,  I can play Bach but in those days I did not boogie so I was a space filler because another musician backed out or wouldn't work the gig for the scratch offered.   The Other Guitar player who recruited me said it would be easy, he'd show me the licks and off we headed to Scottsboro, a city famous for selling lost airline suitcases full of other people's clothes and a miscarriage of justice still talked about whenever someone wants to play the race card on PBS.

We got together the afternoon of the show for the half hour of rehearsal Percy allowed. As usual he rolled up in a limo-of-sorts driven by his nephew, a rather quietly intense kid.  He looked at us and asked "Do YOU know MY music?"   We all smiled and said we did.  We didn't but this is entertainment and entertainment is about faking it even if you aren't making it.   We played the hit ok and then he got to the rest of his thirty minute set. At one point he turned around, looked at us and laughed a deep serious laugh.  I figured we would all be fired on the spot.. Then he said, "How long have y'all played together?" The other guitar player who was actually a rather good player said, "About 45 minutes. We're the Jackson County All Honky Band." Percy laughed out loud and said, "I thought so."  He just smiled and headed back to the limo with his nephew.

The show was way way underattended.   In a room meant to hold a thousand plus, maybe a hundred people came.  We waited an extra half hour but then they turned on all the disco lights and Percy led us through the fog of our pasty whiteness.   It could have been worse except for two black gals who danced the daring dance and every time he hit a long high note, they screamed like they were having the ultimate expression of female fecundity. "AHHHHH!!!! PERRRRCY!!" The band sucked bad and the nephew dressed as Percy was in a fine tux, stood on the side looking at me like he was going to personally take me out back and teach me the beat one beating at a time.

You had to give Percy credit; he sang, he sweated, and occasionally looked over his shoulder at the band with a look of pain, as if he could summon with his own personal magic soul some semblance of a beat he could stand on from a band that was as pale as the moon above.  He was relentless.  He gave it all he had for fifteen minutes then he ended the show.

The courtly Italian dude was obviously losing his shirt but Percy was going to be paid regardless. One of the band members was crabbing because he expected his wife whom he brought as a backup singer to be paid. The manager told the other guitar player to get him out of there quick.   In music circles, that is a let-off, meaning if we did as we were told, we were off the hook and the Italian would square it with his backers.  Not a meeting one wants to go to, best to do as asked and we did.

Percy was being real polite and nice because he could see we were ... embarassed and said some nice and totally untrue things about our playing.   The Other Guitar Player thanked Percy, grabbed me and said "Let's split, pronto". And we did,   tails tucked and pedal to the metal all the way back to Mad County.

Percy Sledge is a real professional and a legend.  My guess is none of that evening registered and he forgot it all on the drive home through the cool green hills of North Alabama.   I don't want to run into his nephew these decades later because I still can't play soul worth a beating.
Posted by Len Bullard at Tuesday, September 30, 2014 No comments: